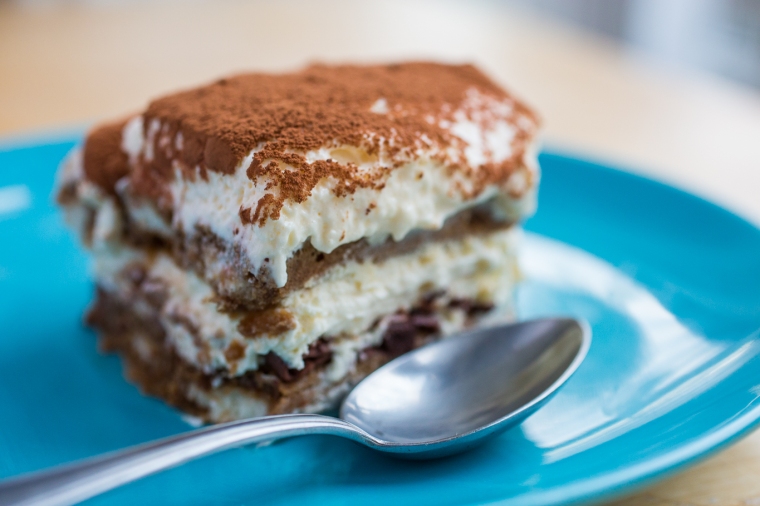 Tiramisu for in the morning – yes, please!

I know it’s rich and rather fancy to have tiramisu in the morning but sometimes you need an extra ‘pick-up’ and that’s what tiramisu is all about.

A translation of tiramisu would be along the lines of ‘ pick me up’ or even ‘wake me up’ and the name must have been given due to the hit of espresso you get from the espresso soaked sponge fingers.

I can not face alcohol that early in the day though, so I have made this tiramisu without any alcohol and instead have added a layer of chocolate chunks for a little extra sweetness…

In another bowl whisk the egg yolks with the sugar, again using your electric whisk, until the mixture becomes a paler colour and fluffy. Add the mascarpone and almond essence and briefly whisk the mixture to create a smooth cream.

Add the whipped egg whites and, using a balloon whisk gently fold them under – at the end you may want to swap the balloon whisk for a spatula. Using both utensils makes it easier to ensure that the egg whites combine with the cream yet don’t break up too much.

Using a big knife chop up the chocolate into small chunks.

Dust with cocoa powder and the sprinkle with the chocolate chunks you left aside earlier.

Cover the dish with cling film and leave to set in the fridge for at least 5 hours.